By Sun Narin, from VOA Khmer

Sokngeng joined the opposition in 2011 and was elected president of the CNRP youth movement for tourism in Siem Reap last year.

“I wasn’t selected by the party, rather it was the people who voted for me to stand as a commune chief candidate,” he told VOA Khmer.

Born in Kampong Cham province, the junior pediatrician, who only graduated in 2013, has dedicated the last two years to the CNRP youth wing.

“I want to help people more in Siem Reap. I told myself that I have to stand for the commune chief [position],” he said, a position he expects to win, despite going up against an experienced politician with the ruling party apparatus behind him.

Sokngeng says he is confident that people “need a change” and that this will translate into victory.

“They want the next generation who are capable to lead since they are tired of old leadership. People are waiting for the election day and they will vote CNRP,” he says. 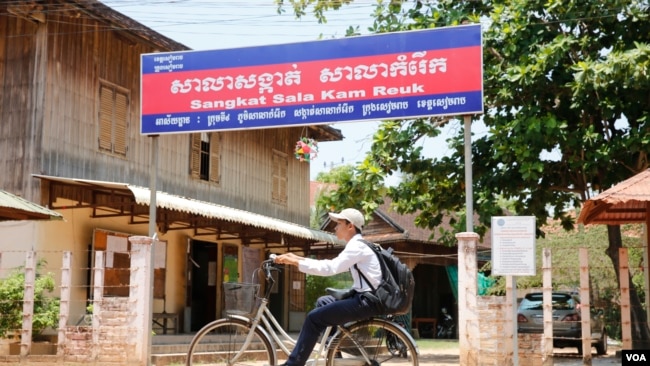 He promises transparent governance if elected and an end to the frustrations he says have dogged the ruling party’s control of Sala Kam Reuk.

“Despite the experience of leading the commune, the old leadership cannot bring progress. Only new ideas and the force of youth can do that.”

But at the 2013 general election the opposition surprised many by winning a large majority in parliament – 55 of the National Assembly’s 123 seats. Sokngeng believes the CNRP has only gained in popularity at the local level since then. He is standing on an anti-corruption platform, promising to bring in more tourism to the area.

However, Sam Lan, the 60-year-old incumbent, is confident the CPP will maintain its majority in the commune. “I have solved a lot of problems for the people. What they have asked for, I have provided,” he said.

“I meet many people who say they will support me in the commune election. They think that [my administration] is acceptable,” he said.

Lan went on the criticize Sokngeng for his inexperience. “He doesn’t have a fixed residence and has not met many people here. How can the people know him? Only his friends know him.” 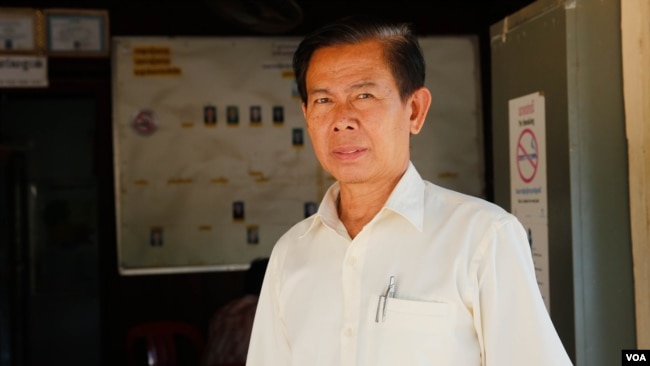 He said a vote for the CPP in Sala Kam Reuk would be a vote for stable leadership, better roads and a new sewage system.

Locals hold mixed views on whether such a young candidate can meet their expectations.

Yim Loa, 65, said it did not matter to her how young a candidate was as long as they had the skills and knowledge to do the job. “Perhaps a young commune chief will be progressive and have better knowledge than the old one. With high knowledge, he is able to be the commune chief.”

Hong Ratana, 37, a grocery seller, said he wanted to see Lan retain his position and ensure security in the commune. He questioned Sokngeng’s experience. “He may have the knowledge, but he has never had any experience and it’s a lot of work,” he said.

Another villager, Tiem Sokunthea, 41, said the villagers needed a commune chief who was not corrupt, but also one who would address growing concerns about security, crime and poor infrastructure.

“The smell of sewage is disgusting when it rains. There’s also a lot of rubbish,” she said.

Niem Lok, 58, a farmer in Sala Kam Reuk’s Trapain Treng village, said he wanted a change of leadership if the newcomer could help raise the price of rice, a common refrain among farming communities across the country.

The commune elections, scheduled for June 4, are promising to be a competitive affair, with the CPP and CNRP appearing to have comparable support. Twelve parties will contest the election, but only the CPP and CNRP have registered candidates in the country’s 1,646 communes.

However, only three parties, including League of Democratic Party (LDP), have registered in Sala Kam Reuk.