PHNOM PENH — Researchers have said governments in the Mekong region should consider alternatives to large hydropower dams, including renewable energy.

A new report by the Stimson Center, titled “Mekong Power Shift: Emerging Trends in the GMS Power Sector”, contends that a policy shift in the region is needed to deal with the environmental and social fallout of large-scale hydropower development.

“The area we try to impact is the policy level. To change the way that the policymakers think about the future of the Mekong basin. We try to steer the thinking away from hydropower,” said Brian Eyler, director and senior associate with the Southeast Asia program at the Stimson Center.

Laos is preparing to build a new dam on the Mekong, the Pak Beng, which research suggests will have significant negative impacts downstream.

“This will have devastating impacts on Cambodian fisheries and the Vietnam Mekong Delta,” he added. 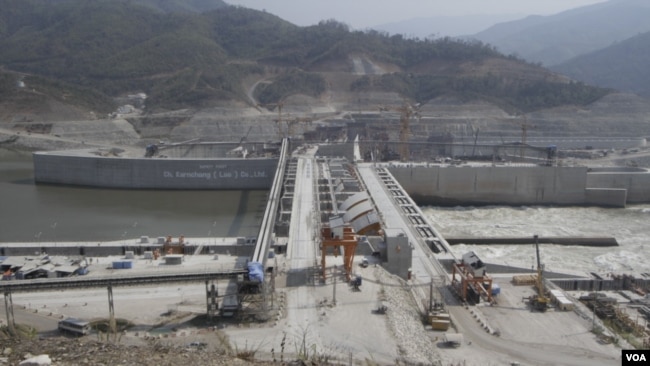 The Lao’s Xayaburi electricity dam construction is expected to be completed in late 2019. (Sun Narin/VOA Khmer)

Laos’ two other major hydropower projects, the Xayaburi and Don Sahong, have become a major concern for environmentalists and downstream communities who rely on the river ecosystem.

International Rivers, an NGO, has said that the eight planned Mekong dams in Southeast Asia could threaten the future of the ecosystem on which millions depend.

“The dams might be okay, but what about solar power? What about wind power in Laos? There are other ways to substitute and replace forms of energy generation,” Eyler said.

Courtney Weatherby, a research associate at the Stimson Center and co-author of the report, said governments had the opportunity to cancel some of the more damaging projects and replace them with energy efficient, renewable alternatives.

The report suggests Laos and Cambodia should form a new power development plan “that not only examines the business-as-usual scenario of proposed projects but also considers a variety of alternative economically feasible development scenarios for the coming decade.”​ 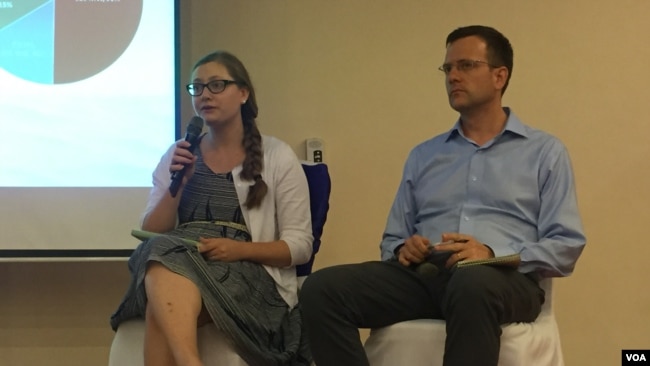 “This alternative scenario consideration will be a key enabler for policy-makers who want to quickly adjust to market changes that could impact the economic competitiveness and long-term feasibility of existing plans,” it said.

It adds that multilateral financial institutions should prioritize solar and wind power projects in developing countries.

Daovong Phonekeo, the permanent secretary of Laos’ Ministry of Energy, said hydropower dams were the most sensible solution to the country’s energy woes.

Sao Sopheap, Cambodian environment spokesman, said each country had its own interests to consider when energy production was concerned. “That’s why we need a clear environmental impact assessment,” he said.

He added that the Cambodian government had established a team of experts to assess the feasibility of financing renewable energy alternatives.

“If the countries with this modern technology share it with developing countries and the price is low, we are happy to use it,” he said. 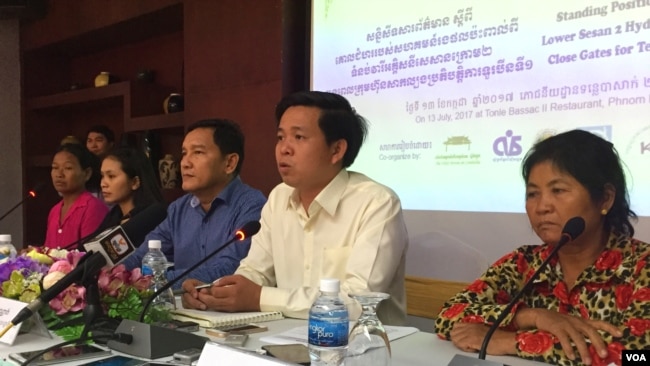 Cambodia’s first large solar farm, built in Svay Rieng province by a Singaporean firm, is due to go online in August.

According to official figures, about half of the country’s energy needs are currently met by hydropower, while almost a fifth is still imported from neighboring countries.

Tek Vannara, executive director of the NGO Forum on Cambodia, said renewable energy solutions were the “better choice” for the environment, a sentiment echoed by Maureen Harris, Southeast Asia director at International Rivers, who urged the Mekong River Commission to consider the alternatives.

“The stakes for the Mekong and the people of the region are too high to get it wrong on Mekong dams,” she said.