KAMPONG THOM PROVINCE — When Phal Mao heard recently that the Sambor Prei Kuk temple complex near her village had been listed as Cambodia’s third Unesco World Heritage site, she felt happy, and she realized the fortune’s of her community had suddenly changed.

Immediately, she got a business idea. “I want to make palm-leaf hats to sell to tourists,” the 48-year-old mother of two said. “I am excited to hear about the temple’s listing. I hope this will improve the living conditions of our villagers.”

At the moment, she only earns about $75 per month, mainly by taking care of other villagers’ cattle, Phal Mao added. Another villager, said he had similar hopes for his family income. “I will have a cattle cart for riding the tourists around, I will earn more money. I will also sell them coconuts,” he said, while some of his cows were grazing in the lush temple grounds nearby.

Unesco’s announcement on July 8 that it inscribed the 6th- and 7th-century temples and vestiges of the capital city of the pre-Angkorian Chenla Empire has been met with jubilation not only at the site, but across Cambodia.

On Monday night, at an event to mark the listing, Prime Minister Hun Sen celebrated the decision, while also claiming some credit for it.

“We have a proper foreign policy to [attract support from] friendly countries and international bodies, especially Unesco, which listed the temple as World Heritage,” he told a crowd at Phnom Penh’s Olympic Stadium. Unesco “will help financially, and technically assist in repairing, preserving and training of human resources,” he said, adding that the government will improve infrastructure around the site and develop tourist services.

Hun Sen said the government would ask the International Coordinating Committee for the Safeguarding and Development of Angkor, chaired by experts from France and Japan, to expand its authority to include Sambor Prei Kuk. 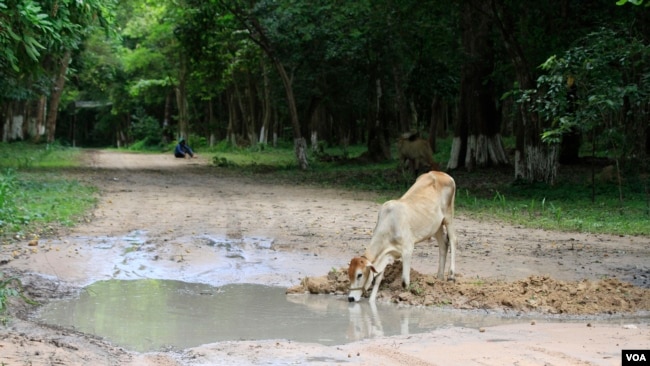 He added that the government would continue to advocate for the Unesco listing of other archeological sites, such as Koh Ker in northern Cambodia. Angkor Wat and Preah Vihear Temple are already inscribed, with the former complex drawing some 2 million tourists annually.

The Sambor Prei Kuk site – which means ‘the temple in the richness of the forest’ in the Khmer language – is located in a 25-square-kilometre, forested area, some 220 km north of Phnom Penh and 170 km southeast of Siem Reap.

The archaeological remains “include a walled city center as well as numerous temples, ten of which are octagonal, unique specimens of their genre in Southeast Asia,” Unesco said in a statement, adding that some of the temples’ decorated elements such as lintels, pediments and colonnades “are true masterpieces.”

The site can now only be reached from Kampong Thom City, located some 30 km away, via an asphalt road with occasional potholes, while the last 1.5-kilometre stretch is a dirt track that gets muddy in rainy season. 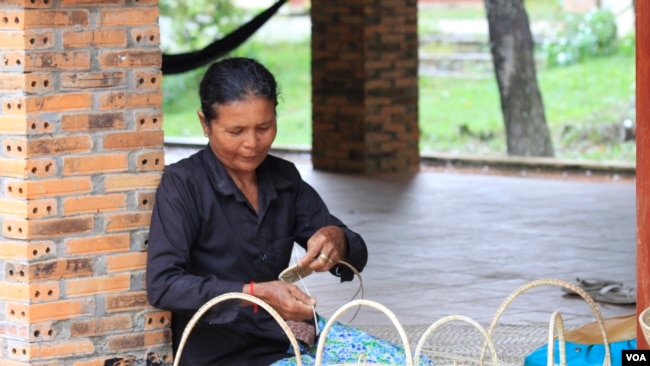 Sem Norm, who has long headed the temple guards at the site, said Unesco’s help in improving infrastructure, preservation and management was needed as it “lacks very good care.”

“We have only 24 guards and there are 293 temples. Therefore, we need more people,” he said, adding that the government had designated the site as protected in 1994.

Sem Norm, 54, said the World Heritage listing could be a boon for poor villagers in the area, as he expected the number of visitors to jump from the current 18,000 per year. “There will be more tourists, and local people who are able to make business, they can do it. People’s living conditions will be better,” he said. 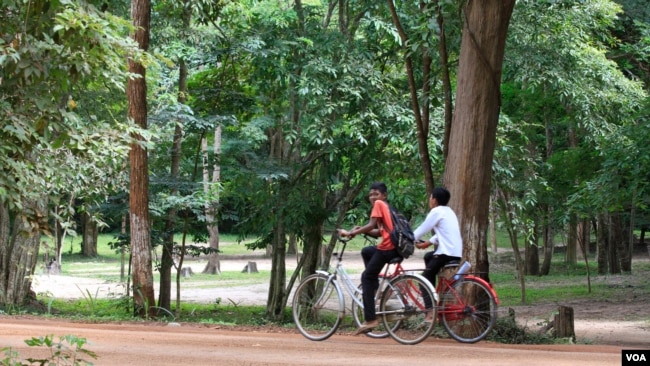 Cheng Chenda, a local tourist guide who takes foreign visitors around for a few dollars per tour, said the visitors numbered only several per day, but he hoped numbers would increase sharply, and with it his income.

Sambor Commune Chief Cheng Vanna said he believed about a third of the roughly 14,000 villagers in the area could improve their incomes from the tourism boost that the listing will bring, though he added that it would also entail restrictions, for example on new construction within the heritage zone.

The lack of information about such new rules has worried some villagers, as they worry it could affect their businesses and homes.

“I hear some people don’t want it to be listed since it can restrict house construction,” said Norm Sinat, who owns a small restaurant located inside the Sambor Prei Kuk area. She said she would be disappointed with the heritage listing if her business and property would suffer.

Chan Oun, 52, said authorities told her last month to stop clearing trees from her 3-hectare farm located near the temples, and she stressed that the site’s new status should not cause any loss of local incomes.

“I am also happy that the temple is listed as World Heritage, but please think about people’s happiness. If they want to do anything, let them do like before,” she said, “or provide suitable compensation.