SIEM REAP, CAMBODIA — Like many villagers in Siem Reap, Khun Ma seeks shade in his home to avoid the mid-afternoon heat. The 32-year-old tuk tuk driver cannot afford the high rates charged by private electricity companies in the city.

“I’m waiting for the state electricity,” he says, which is almost half the price of that supplied by private companies in the area. “It’s so hot, so I sleep.”

Ma’s mother, Oam Samath, 65, says she uses a battery-powered light after nightfall. “I don’t have money like other villagers,” she says, adding that she needs up to $200 extra income per month to afford to connect her house to the electricity grid.

Ma’s zinc home sits next to a rice field about 12 kilometers from Siem Reap town and houses nine members of the family.

Samath says she hopes the local authority can speed up expanding state provision of electricity in the area, as unlike most families in the area, she does not have rice fields to bring in additional income. 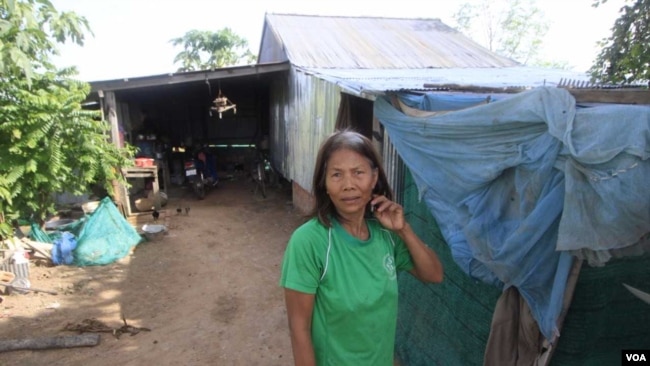 In July, a report by the Stimson Center estimated that 58 percent of Cambodia’s population has access to a reliable electricity supply, which is predominantly found in urban areas, while electricity prices are among the highest in the region.

The reasons behind the high prices are many, but one central factor is the reliance on imported diesel fuel, which faces some of the highest taxes in the Mekong region.

Villagers here in Siem Reap’s Chreav commune say they have no choice but to pay private firms to supply them power, which comes with a large markup.

“I want to have the state electricity in my village since it’s cheaper than the private one,” says Hum Lisa, of Veal village.

“For some months, I found it hard to pay [the electricity bills],” she says, adding that some villages had declined the switch to state electricity provision, which had delayed it in her village as well. 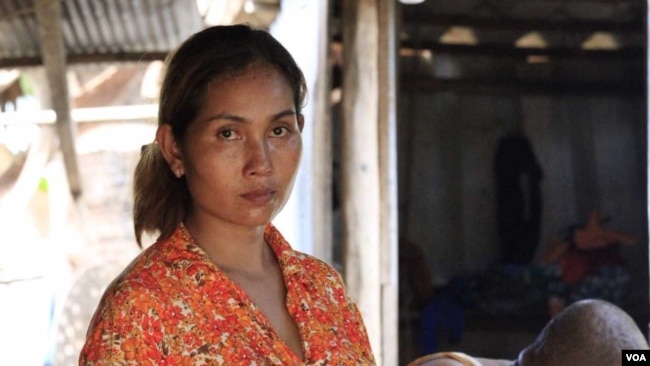 Out Chak, 58, says he spends up to $15 each month on electricity. “I long for state-supplied electricity. It’s difficult to use the private electricity, which comes with higher charges.”

Chab Cheng, whose company supplies electricity to Veal, said the state grid had recently been expanded in the area but was not yet ready. “I didn’t intend to share this electricity with villagers, I was just going to keep it for myself, but people have asked to use it,” he said.

So Platong, Siem Reap governor, said the authorities have a “clear plan” to provide cheaper electricity in rural areas. “But I can’t promise when it will come,” he said, adding that he planned to make cheap state electricity available across Siem Reap town by the end of the year.

According to the government’s industrial development policy, access to a stable, affordable electricity supply is a key challenge facing the country. Currently, half of Cambodia’s electricity needs are met by hydropower, while almost a fifth is imported from neighboring countries.