SIEM REAP, CAMBODIA — Wearing a long-sleeved school uniform and jeans and a satchel on his back, Chheum Sokhoch, 14, says he has lived in a residential care center in Siem Reap province for about three years.

Last year, he left the center that became his home to live with his parents under a government scheme to return children to their families. Thousands of Cambodian children live in orphanages and residential centers despite their parents being alive.

“I don’t want to go back,” says Sokhoch, a grade 6 student. “I will miss studying English… at the center I could study both English and Khmer.”

“I was not allowed to go out. I had to use my time to study and eat. When I’m at home I can go and play,” he added.

The government implemented a three-year action plan last year intended to improve childcare in Cambodia, aimed at returning about a third of children in residential care to their families after a series of scandals involving orphanages across the country.

More than 16,000 children live in 406 residential homes nationwide, according to official figures. Sokhoch was sent to the center when his parents migrated to Thailand seeking work to pay off their debts.

Sokhoch’s mother, Voeun Ya, who runs a market food stall, said Sokhoch had never complained about living at the center. “There was no problems,” she said. 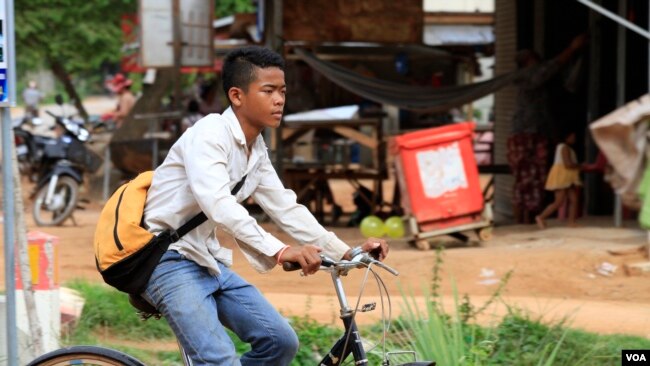 Sokhoch’s parents were recently returned to Cambodia by Thailand as they were working without the proper documentation. “I’m excited that my son came back. We can live together,” said Ya. “It’s not a problem. I can feed my son. I pay off my debts and the rest of the money is to feed my children.”

But Ya is concerned that Sokhoch’s education could suffer as a result as the family cannot afford to pay for continuing his English classes.

His father, Plung Bunkheim, 40, now a barber, said he was relieved to have his son back at the family home.

In Siem Reap province, there are about 1,800 children in some 54 residential care centers. Four were closed last year after inspections showed they lacked the funds and facilities to care for the children under their guardianship.

Or Mao, the provincial director of social affairs, said the process of reintegrating children with their families included significant follow up with the families to ensure the children were looked after. “The final decision depends on the child,” he said.

He said almost 150 Siem Reap children were returned to their families last year, with another 220 expected to be reunited this year.

Children who are returned to their families are provided a bicycle and study materials.

Despite the mostly positive reports of the scheme, some children have reportedly been placed in homes where their caregivers are unable to cope. 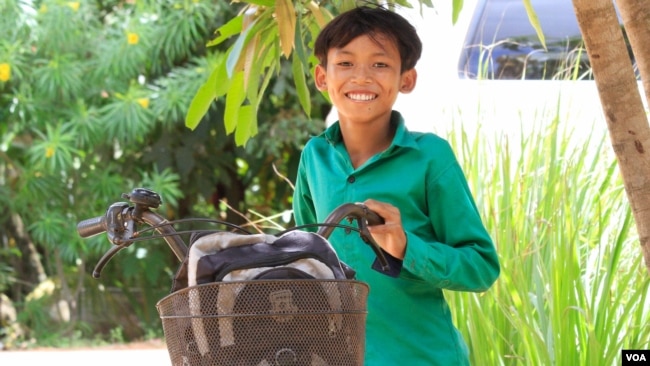 Kron Nilmuny, 13, in Siem Reap’s Bantaey Srey district, was returned to live with her grandparents last year, but his grandfather says the family is unable to provide a good education when compared with the center he was at previously.

“I wanted him to be separated from his parents and grandparents. The center can educate him and he will study there,” said Suon Kre, the grandfather.

The UN is supporting the Cambodian government to train more social workers. “The reintegration of children is implemented based on the principles of the best interests of the child and do no harm,” Unicef’s Bunly Meas said in a statement.

“There will need to be a strong emphasis on the case management of each child, including follow-up and monitoring of their situation even after reunification,” he added.

“A child living in an orphanage can be exposed to all kinds of risks and potential harms including neglect and abuse.”